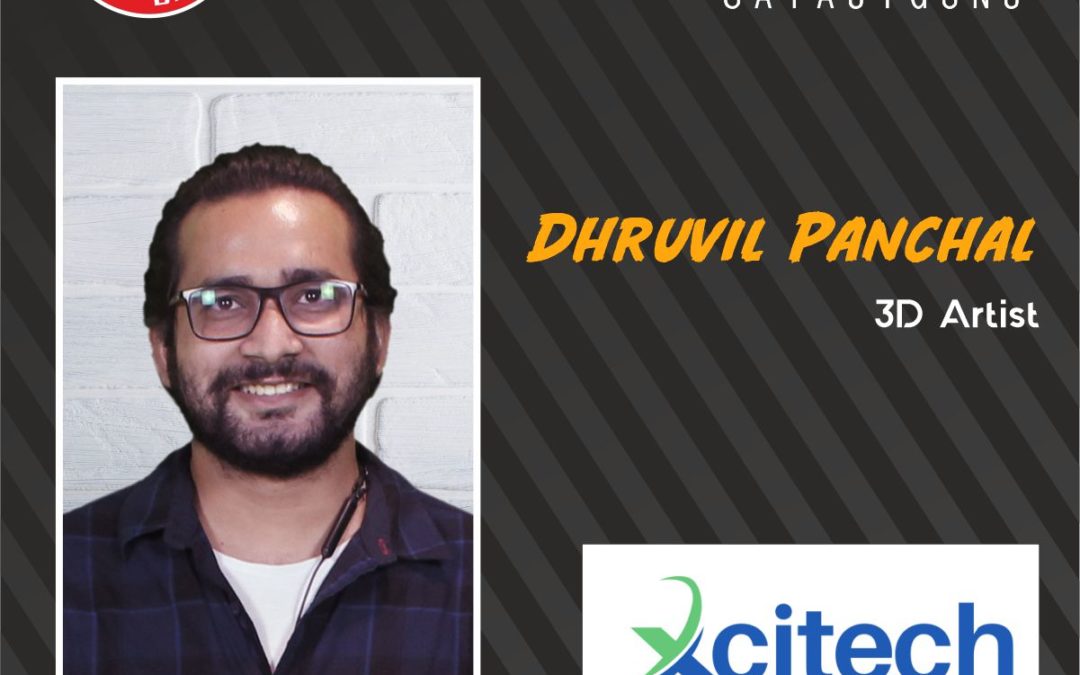 Dhruvil  Panchal, an electric engineer by profession always had a passion for art. But as per our societal norms, he had followed the conventional route of completing his Diploma after his 10th and then engineering. But his heart was always in art. After working for 2.5 years, he was not satisfied as he felt something was missing in his life. This led to his search to find the best way to quench his way for art.

As he was searching he came across Arena Animation Sayajigunj. With apprehension, he approached them to know more. The counselors there were very supportive and guided him on the various options available to him. Dhruvil was convinced that he had come to the right place to further his career. But his family, will they accept this decision of his? He was thinking about how he can make them understand that this is something he needs for his peace of mind. When he discussed this with his father, his father asked him to go ahead with the same. With the support of his family, Dhruvil started his journey with Arena Animation Sayajigunj. There he learned the basic and advanced level of VFX and animation under the guidance of the expert and experienced faculties of Arena Animation Sayajigunj. They encouraged and guided him on his journey to reach the pinnacle of his success.

Dhruvil got an option to showcase his skill when he participated in the National level Digital Art with the concept of Batman in his younger years which fetched him the first prize. His recent exploit is when he received  second prize in World Art Day Competition defeating  3783 students participated from Pan India and winning  XP Deco 01 V2 Worth Rs. 9499/-.

Dhruvil is associated with Xcitech technology  that uses VR 360 in the field of Real Estate, Education and Medical. His aim is to use VFX and Animation to bring about a new revolution in the field of education. We are sure that he will surely reach there.