The Next Generation Technology – Augmented Reality and Virtual Reality: A Quick Overview 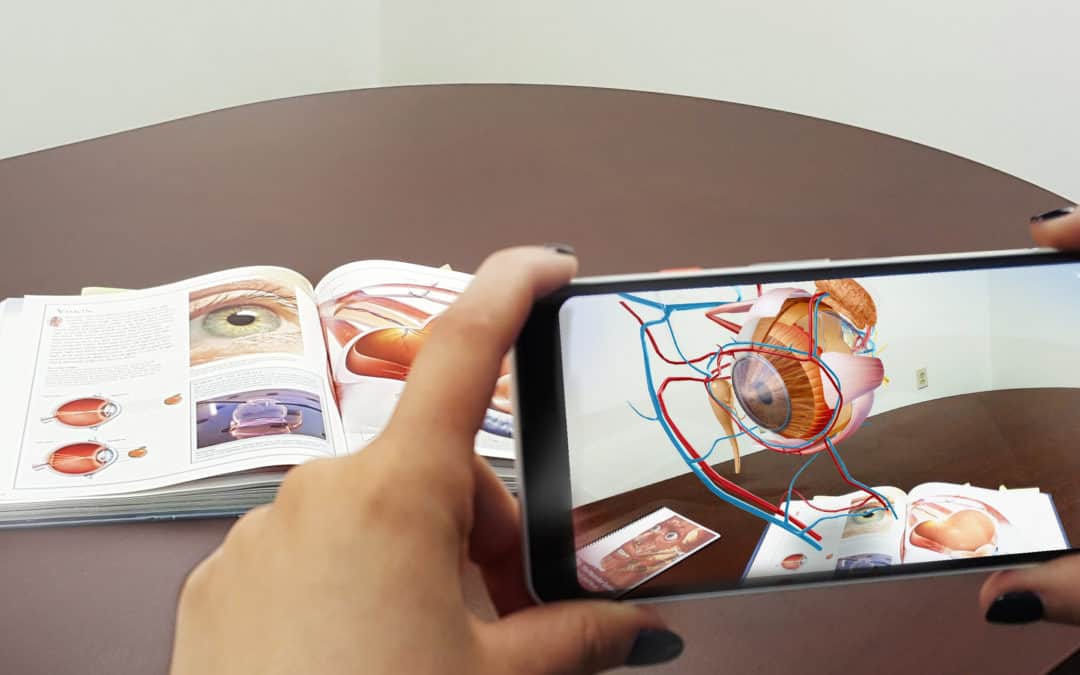 Augmented Reality (AR) & Virtual Reality (VR) are quite commonly heard terms these days. What exactly are they?

Augmented Reality is not a new technology — in fact, it’s just over half a century old now, as it was first developed in 1968 at Harvard University by computer scientist Ivan Sutherland. It has been used for decades through the use of head-mounted displays for simulations in the aviation and military industries, and has been improved by everyone from labs at universities, to corporations and the military.

Augmented Reality or AR enables you to see a real world combined with a digital rendering that augments your current view. The augmentations could be using content such as graphics, music, or animations. With the help of AR, you can not only see the real-life environment right in front of you like your table, trees, or dogs, but also see a digital augmentation overlaid on it.

AR is developed into apps and used on mobile devices to blend digital components. Although the history roots from the 70s, the rise happened when cameras got better and advanced. An additional factor that helped are softwares and algorithms that could render digital content and overlay it live while the user holds the phone in a specific way.

Augmented reality technology has seen unprecedented growth in 2020. Commercial use of the technology has exploded due to use by market leaders like Microsoft, Apple, Google, Facebook, and Amazon. According to Markets, the market for AR technology is worth $15.3 billion. It’s worth exploring the different avenues and trends that drive the surging augmented reality market. By the end of 2020, AR active devices were estimated to rise to 598 million units and are projected to grow to 1.73 billion by 2024. (Source – https://bit.ly/2MNgkpW )

Virtual Reality (VR) refers to a simulated environment created using technology. Instead of viewing a screen in front of you, you will be immersed in the 3D world, and can interact with the elements around.

VR headsets like Oculus, Sony VR, or Google Cardboard are some of the devices that uses your mobile phone to experience VR. Even though Virtual Reality is most commonly experienced with the help of a VR headset, there are other devices like Omni-directional treadmills and VR gloves today that can add to your experience. VR not only creates a strong sensation of virtual content. It can stimulate your senses like touch, sound and sight too. It’s called synthetic stimulation.

One of the most arising technologies in this decade is the virtual reality (VR) technology that is not limited anymore to games specifically or the entertainment field in general as the VR applications are expanding to many other fields and businesses .

For a seamless VR experience, wear your VR headset, and click here. You will enter Arena’s Animation’s interactive Hall of Fame!

You could say both AR and VR have similar concepts, but different results. That’s why the fields that have experienced their impact don’t have much in common.

AR has always found a home in more commercial and industrial fields. It first appeared in the work of Caudell and Mizell [1992] at Boeing, who sought to assist workers in an airplane factory by displaying wire bundle assembly through a HMD. AR is currently being used in:

As for VR, it has found application in training for real-life environments by creating a simulation of reality where people can practice complex aspects in safer environments. For example:

So who’s winning? There’s no right answer to this question. It is only a matter of choice, and your purpose.

Why Consider a Career in AR/VR?

Experiencing AR and VR is fun, but to be able to pursue a career in these fields is awesome. With the increasing demand for content in AR and VR, learning to develop Augmented Reality & Virtual reality experiences can take your career a long way.

If you decide that a career in these next-gen fields are for you, you can join a career course in Augmented Reality or Virtual Reality, at a reputed institution and gain the skills that you require to get hired by top companies in these industries.