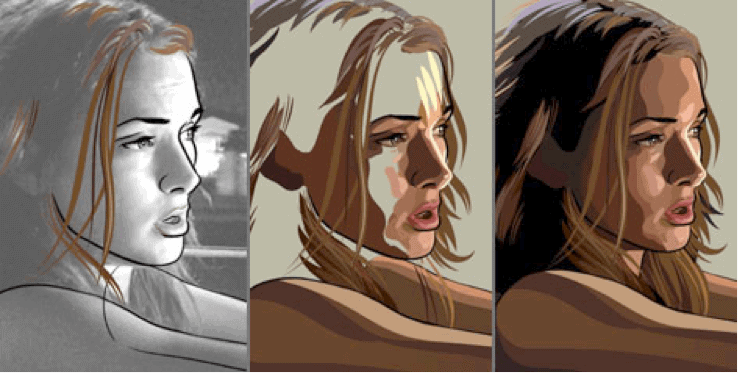 Rotoscoping is one of the oldest animation techniques that allows producing realistic footages. Traditionally, animators traced over motion picture footage, frame by frame. In the visual effects industry, the process, even though similar, has a different purpose.

Rotoscoping is mostly used today to create a matte or mask for an element, so that it can be extracted and placed on a different background. It may even be masked out to change colours or any other set of reasons. It is widely used than you may realize. Rotoscoping helps filmmakers create scenes that would otherwise be impossible, challenging, expensive, or dangerous to produce in real life.

Read on, to find out about the industries that employ trained, skilled and certified rotoscoping artists for various job roles.

VFX studios
In bigger VFX companies, rotoscoping artists are sometimes attached to a show along with a Compositor or 2D Lead to direct them on the projects. If not on one show, then their services are used on different shows that the company is in charge of. In smaller companies, the roto artists gain experience by being a Junior Compositor and doing their own roto and prep work along with the compositing work.

Film Production Houses
There are more things than you can imagine that goes into the making of a film. Rotoscoping artist are often required at film production houses. Something as simple as tracing hair on an actor’s head is done by them. Even with the availability of advanced digital technologies, the makers of Guardians of the Galaxy used traditional rotoscoping techniques by using footage of a real racoon called Oreo to bring ‘Rocket’ to life.

Animation Companies
It was the legendary filmmaker Max Fleischer who invented the technique of rotoscope back in 1914 when he animated Popeye The Sailor and Betty the Boop. A few years later, when Disney used the footage to get a sense of a character’s movement, instead of tracing over the live-action footage. Many animators have come up with their own style of rotoscoping through over the years. And is still being used to create a variety of animated assets.

Gaming Companies
Game developer Jordan Mechner of Smoking Car Productions invented digital rotoscoping while creating the adventure game The Last Express. He had even used rotoscoping in his previous game projects Karateka and Prince of Persia. Since then, the gaming industry has always been another important sector where rotoscoping artists can build a career in.

As Rotoscoping continues to be a vital process within the animated and live action film production pipeline, there is huge demand for skilled roto artists. By completing a Vfx Film Making career course and getting the right skills, you can get hired by some of the top companies in the above-mentioned industries.