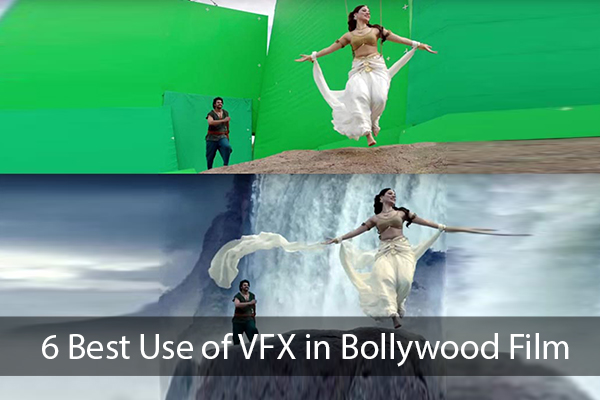 Use of VFX in Bollywood Film

Visual effects (VFX) have become an important part of today’s filmmaking process. VFX use into the movie during the post-production of a film, TV, etc. It is also known as a digital effect.

Originally the scenes are shot using a green screen with very less set design and required effects are added with the help of high-end computer systems. It becomes possible to make a movie where it is expensive or challenging or dangerous to make the stunts or sets with the introduction of affordable animation software. It involves the use of computers to add or remove anything that was not originally in the shot. Nowadays, a lot of movies make use of VFX for adding various details to the final scenes.

In the film “Tiger Zinda Hai ” they make use of VFX. The fight between Salman Khan vs Wolf scene was the most thrilling one. While the wolves used were real, the fight between the both was a VFX only in the movie. Even the chase sequence where Salman is escaping on a sledge has been tied from all the sides to secure safety first. And in the scene where they let the wolf take a long jump into the car also had VFX involved.

Click on Below Video: Real use of Vfx in Tiger Zinda Hai

Keeping the best one for the last, the Prabhas casting was a rarity in Indian cinema: a big-budget action film with too good to be real special effects. The fictional movie supported by heavy-duty VFX became one of the highest grosser films just proving how audience believes in good movies.

From grand entries to mega war, bull fight sequences Baahubali hired more than 15 VFX companies to give it large scale that it achieved. From the opening shot with the whole mahishmati city, the lotus fire, the new kingdom with the foliage are some of the things that were nothing but VFX.

Red Chillies VFX collaborated with Krrish 3 film to create the most cooling sci-fi film. The movie takes the story of the superhero Krrish, staring by Hrithik Roshan. Hrithik is seen taking on evil mutants and save the world from destruction in his superhero avatar which is all VFX.

In the movie “Sultan ” from creating the fake monuments, fake audience, to mind-boggling stunts, Sultan was a film that left everyone stunned because of the unique length and the breath of the film. Salman Khan starrer looked huge on silver screen, but in the below video, YRF breaks down the VFX scenes for you.

Click on Below Video: Making of Tiger Zinda Ha-Tiger vs Wolves

The Movie is earlier known as Padmavati, the Deepika Padukone casting faced a lot of controversies before it saw a final release. Complying with the demand of Rajput Karni Sena, who pointed out that Rani Padmini did not dance and flaunt her mid-riff, director Sanjay Leela Bhansali came out with a plan. Instead of shooting all over again, the movie went under edit, one final time and had a sanskaari mid-riff in place.

In portions, where Deepika’s exposed his waist can be seen has now been covered using a saffron cloth, but it’s actually VFX.

Click on Below Video: VFX Before and After Visual Effects

The movie of Shah Rukh khan name “Fan” in which SRK pulled off in the double role by looking completely different in the film. The Best film using VFX effect at IIFA that opened doors for many others to use technology.

The VFX division of Shah Rukh’s own production house Red Chillies was behind the visual effects and animation generated to make Fan. Watch the below video to know how they reduced SRK’s nose, body, height to make him look younger and leaner.

Click on Below Video: ‘FAN’ VFX Breakdown by redchillies.vfx

The Study of Visual effects is a balance of both art and technology. You learn the art of VFX Design as well as latest VFX techniques using the state-of-the-art 3D and VFX software used in this industry. If you are interested in learning the VFX Filmmaking Course in-depth level join arena sayajigunj, you will get certificate on completion of all this course.